Let us be a little humble; let us think that the truth may not be entirely with us.

I am choosing to write on this topic for many reasons, but the most prevalent has been a course I attended recently on Whistleblowing and Ethics. The course was a few days long, but the conversations that followed and that occurred during really got me thinking. Much talk was had around the term itself, as the feelings attached to the term were thought to be quite negative. If you were considered a ‘whistleblower,’ it normally hangs an air of mistrust around your neck. Yet the people who spoke at the event seemed to have the strongest principles and values you could ever want to see displayed in anyone… In fact, they were the kind of people with which you knew where to stand, and who professed to having staff working for them who would happily defend them to the hilt. They were leaders.

Yet none of them were leaders.

Not one had actually survived the event of whistleblowing. All were struggling in the workplace and outside of it. They were fighting on, in the passionate way that people with really strong principles do. Watching them discuss what had happened was heartbreaking, because – you know what – they were right. They were right in the stance that they had taken, they had been offered incentives to ‘forget’ about the things that they knew. They had been chased and hounded, generating high levels of personal paranoia. And some had been accused of having mental health problems.

They had been accused of having mental health problems because they disagreed with an element of culture that others believed was acceptable. I’m not going to reinforce any stigma about mental health problems being anything out of the ordinary, but I will point out that seeing something differently in life doesn’t qualify as any illness I’ve ever heard about?

I’ve had that conversation. That exact one. It was immensely painful, and the self-reflection that followed was too. I couldn’t help but imagine what these speakers had gone through, and share a little of how they had felt – or even were feeling.

At the beginning of the workshop, a video was shown of an army general who had whistleblown in the USA. The conversation that followed was a typical cop one, concerning the whistleblower’s motives for releasing the information, and whether they could be trusted. I think this is totally normal, and it’s certainly indicative of cop culture, as we are both good at making judgements fast, and suffer with institutionalised suspicion. Let’s face it, that suspicion is pretty darn useful, but the ability to turn it on and off is the bit that we really need. 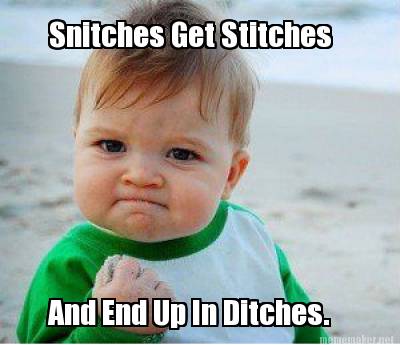 A quick google of the above saying can pretty much guarantee you some interesting reading. Along with the mnemonic: FIFO. FIFO stands for, ‘Fit in or F*** Off.’

It’s all about not challenging. All of it. It’s about going with the flow and sacrificing how you feel about things, for the sake of the status quo. The status quo is a powerful thing. It’s seductive, and seeps into the fabric of everyone’s reality. The status quo means people concede towards feeling and thinking the same about things. People think it stays pretty static, but it really doesn’t. It only takes a few role models within the status quo to push the boundaries, and people will edge towards those boundaries too, setting up a ‘new’ status quo.

The tighter the teams, the more likely it is that the status quo moves imperceptibly. People are always trying to fit in, so as the role models change their behaviour, others start to embrace the new boundaries created, and even if the shift is small, it’s cumulative. Over time, the new status quo looks nothing like the old one, but it feels like nothing has changed. It still feels normal. Anyone outside that team – if they really looked – could see that the new status quo isn’t quite right, but tight teams rarely let people break through, because FIFO is in action.

Imagine this happening over an entire culture? Do you think when targets in policing were introduced, that officers would be reclassifying burglaries and persuading people to retract complaints? Yet where did we end up? That behaviour crept in. It was insidious, culture creeping its way slowly towards a new normal that actually wasn’t normal at all. There were whistleblowers, and then the whistleblower (@J_amesp) with hard evidence and an unrelenting need to change things – not for the culture, but for the public. Conceding to culture wasn’t an option, because deep down, they knew it just wasn’t right.

These people are brave. I mean, they are courageous. They make decisions that do nothing but disadvantage them. They ruin their home lives and many of their relationships because they believe in something bigger than themselves. They are the early warning systems for culture, and for leaders; they are like the goose that lays the golden egg…

“Hey, Mr/Mrs Leader, you know these practices that are going on? They don’t serve the purpose of the organisation and they are harming people. I’m telling you about them because I care about what I do and I want to help these people that are being harmed. I know that this doesn’t paint me in a good light, but I can’t sleep at night. Please help.”

If there were a ‘google translate’, you wouldn’t go far wrong with the above paragraph. If you were a leader, and you heard the above, what would you think?

So… why do snitches get stitches?

What if those practices that the person in front of you is discussing, are accepted as ‘normal?’ What if they are what got you promoted? What if what they are telling you may harm your career? What if it may cause a huge amount of work for you? What if that person has been ‘difficult’ to manage? What if the things they are challenging, are part of your very identity?

Here is where a great leader steps up to get some stitches.

Humility is one of those things that is discussed in the realms of leadership regularly. I’ve had the ‘humility talk’ and I know many that have also experienced it. The problem, is that: 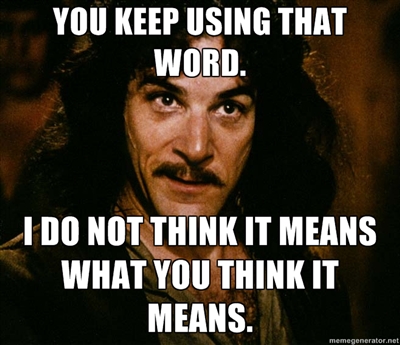 I would say that Nelson Mandela and Gandhi were pretty humble people. They also spoke their truth to power, through the most difficult of experiences. There’s this misunderstanding that seems to have gotten in somewhere, that humility is inextricably tied up with a lack of challenge.

“Who are you to challenge on this? You need to be more humble.”

Of course, it’s very possible that the whistleblower is wrong, just as it is possible that the leaders may be wrong. I don’t think we need to discuss where the perceived possibility of being wrong ends up. It certainly doesn’t end up with the leader. If it did, then that leader would be showing humility, because really, they may be accepting that they – and their actions – may have contributed to the problem. What is driving the leader’s decisions at this time? Is it humility?

Humility is about realising that you are no better than anyone else, that everyone you meet has trodden a path that you can’t even comprehend, and that others always hold knowledge of greater value than you. Always.

If leaders displayed humility when a whistleblower knocked at their door, then maybe these incredibly courageous people would be able to help to make the change that they wish to see for the greater good? Maybe bad practice could be openly discussed and changed? Maybe we could prioritise those who are subject to those processes, instead of the processes themselves? And finally, we may realise that not only do we not know all the answers, but that there may well be people that do know the answers, to whom we would not normally listen.

Humility is not deference. Humility is empowering, supportive, sharing and caring. Maybe if we concentrated on building each other, then there wouldn’t be a need for whistleblowers at all, and we could save those people from immensely painful experiences. Challenge, and challenging yourself and your views leads us down better paths, inviting it is the hard part…

One thought on “Humility”