I don’t often get riled by media coverage, as it is subjective and the agenda of the writer has a big part to play in the content of the article. As long as you are aware of the stance that the writer takes, you can pretty much decipher the bias and add some decent internal critique yourself. The awful criticism that has reared its head over this Leicester experiment tipped me over the my usually horizontal edge, and I had a small rant to myself and a few colleagues about it 😐😐😐

There are a few certainties that we have to work from when looking at this:

You might call the moment that we are experiencing as a switch in the Zeitgeist, or a paradigm shift. Before I get major pain for using silly words, bear with me, they basically describe a shift in the major current of thinking; a shift in the foundations of perception, or the underlying rules that govern day-to-day decisions.

It really wasn’t that long ago that Geographic Inspectors were rushing round in March for ways to spend their annual operation budget so it got renewed to the same level (or raised). If the cops wanted an operation sorting, they would dip into reserves or do some internal financial shuffleboard to create a new squad or silo team. There was huge cultural fall out from this, and big performance behaviours that hugely disengaged the staff, but let’s face it, if anyone raised critique, they were often greeted with the, ‘If you don’t like it, leave.’ It didn’t matter that those officers were the vessel for thousands of pounds of training, or that they took with them years of experience. It was essentially, ‘Do it my way, or not at all.’

I think it’s fair to say that the leaders that flourished in one culture, won’t fit into the next easily. In fact the cosmetic surgeons who were dealing with Botox are now being called upon for cardiac arrest. This means that something has to happen:

In private industry, whenever the bottom line becomes seriously threatened, they will normally bring someone in to take every spare penny out of the running costs as possible, whilst maintaining service/production at previous levels. The Cops are at this point now. If that person can’t bring about the difference needed, money will be quickly shifted into innovation inside the business to open up new avenues of income. Usually this is too late, and companies like Blockbuster just go out of business.

They go out of business because other markets have usually overtaken them, and fast. The pace of life and change is crazy and technology is running rampant. If you aren’t innovating with the other innovators you are quickly left behind and the markets crush you.

I can feel the pulses raising as people read this. ‘Policing is NOT a business!!!’ You’re right. It’s not, but in the same way that new technology is putting businesses out of relevancy, cybercrime and the Internet is challenging the police’s relevance and efficacy every day. We are playing catch up with the markets, we are way behind, and we have no centres of innovation and very little creativity. Catching up is going to be painful.

All of these comments are essentially versions of that Blockbuster graphic above. As the pace of life changes, and the cops don’t keep pace, our relevance drops daily. And with lack of relevance comes a lack of funding, and with a lack of funding comes a drop in numbers… Until you have groups of cops, performing formulaic duties as robots embodying their warranted powers. Society is changing now, the cops are doing what they have always done, there is no room for innovation as it stands and there are more cuts to come…

1. Change must happen, and not change that is forced upon the constantly groaning police. It must come from within the service, and officers and staff must grasp the reins and do their own steering. This applies from the least paid to the most paid. We must find ways of innovating properly, and it must come from risk, not despite it. Bold decisions have to be made about opening a Pandora’s Box and finally grasping the technological aspects of crime – that fall consistently into every crime category. It can not be the usual turn of events to wait 3 years for a Whatsapp report… It just can’t.

2. We also can’t treat our cops like we have done for many years. They can’t be numbers that are shuffled around without challenge as their outside lives are systematically degraded to that of permanent ‘cop’ mindset. If police are suffering mental ill health, it isn’t the fault of the cuts (although they will have contributed), it is the fault of poor management (lots of research on this). Internal functions like refs, occupational health, progression, promotion, professional development, and recruitment must be fair and of high quality. Looking after cop wellbeing is not optional. The environment has changed, we are asking our staff to work at levels of stress far higher than other professions. If you want officers to function, care needs to be a fundamental consideration, not an after-thought.

3. We must also get rid of those activities that add little value – to the victim and the police. The Leicester study is a classic example of good evidence based practice. It selected random houses via odd and even house numbers to test a new deployment system. You can’t discuss you are doing it beforehand, as that completely removes the point of those things being random… The results of the study proved that there was a lot of expensive waste in the system. Some will say, well that 3 hours where that Crime Scene Examiner (CSE) found nothing gave the victim added comfort… It probably did. In that way it has lots of value, but that comfort may be far better provided via a PCSO trained in spotting evidence left by offenders, whilst the CSE is utilised at cases where we know their presence has a good chance of identifying offenders, and cops are dealing with incidents that require their powers. It might be the case that phone contact replaces this altogether, but ask any cop, that is not a step that they wish to take or desire in any way.

This incident is an example of taking the first steps towards a plethora of very difficult decisions that will change the face of policing. This step – although unpopular – will be part of a process that saves jobs, and therefore lives in the future. The cops have not chosen austerity, but if they have to make really tough decisions because of it, wouldn’t you rather have them based on researched evidence? Or, you could always have them do the same old judgement based process on partial data that does not tell the whole story..? We aren’t talking about decisions on where to place your resources, we are talking about not having any (that’s the paradigm shift stuff – shoot me for the terminology if you wish 😕🔫).

Finally, we must deal with the ethical issues around this study. Some will discuss the ‘fairness’ of using odds and evens as a sampling criteria. This happens in medical/psychological and sociological studies every day. It is the equivalent of setting a placebo, and giving the new drugs to one half of the study participants. ‘But this feels wrong in policing,’ I hear. It does, doesn’t it… We have never done this EBP stuff properly before; we haven’t used sampling in this way before; but, we haven’t needed to do major service based heart surgery before. 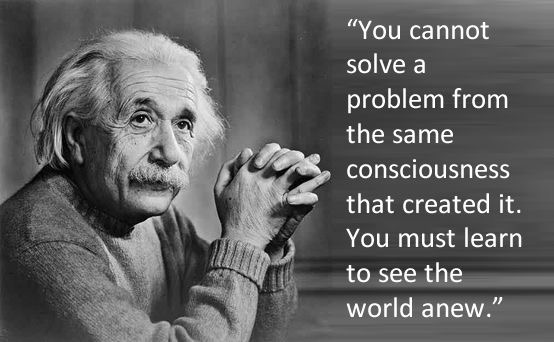 One of the major strands to creating a profession is creating a knowledge base that the whole body of that profession can access and rely on. You can’t do this without utilising research. It might leave a bad taste in your mouth, it might feel like it’s supplanting professional judgement, it might even ‘feel’ unethical… But it’s just a different way of approaching policing that allows really good decisions to be made for the greater good in the future. It will never supplant professional judgement, it will only compliment and strengthen it – that is, if your mind is open enough to consider something new…

2 thoughts on “At odds and evens.”